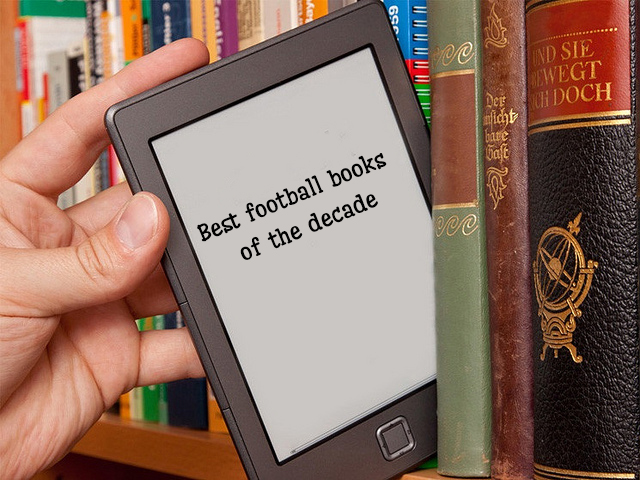 Living on the Volcano, Michael Calvin

The world of football administration is largely inaccessible to the rest of us. We don’t see what goes on behind closed doors, how coaches do their business, and we sure don’t see how their minds work.

Michael Calvin’s third sport-book, Living on the Volcano, is just as close to finding out as you’re going to come. Via a series of interviews with managers at various stages of the English game, the award-winning writer has acquired a rare perspective.

Every Christmas people open their stockings to find the new autobiography ‘authored’ by a soccer star trying to cash in on their name. It’s generally packed with cliché, scary crying, and not really enough perspective on what really makes them good at what they’re doing. Inevitably, they end up becoming bestsellers.

Andrea Pirlo’s cleverly titled endeavor not only shook up the pattern, but it also blew away the very best biographies of the sport.

The tagline of this book is Why all you know about soccer is wrong,” and that’s a good description of how this writer feels after reading it. At the time of its publication in 2013, ‘data’ was almost a dirty word in sport, but this work foreshadows a lot of the improvements we’ve seen behind the scenes of the game in recent years.

As the latest New York Times report on Liverpool’s analytics division shows, it’s now very much part of the mainstream. The Numbers Game is a soccer game

There are hundreds of books on individual teams, leagues and tournaments, but there are far too few games on popular rivalries. Among them, it’s no joke to say that Sid Lowe’s Terror and Loathing in La Liga is definitely the best.

Focusing on the deep rivalry between Barcelona and Real Madrid in Spain, Lowe’s marvelous task is to interweave the two club’s respective backgrounds, bound not only by football, but also by decades of civil war politics and all the baggage that it entails.

A Life Too Short: The Tragedy of Robert Enke – Ronald Reng

No one wants to finish on a negative note, but A Life Too Brief, based around the horrific death of German goalie Robert Enke, is one of the most moving football books ever.

The athlete who took his own life in 2009 when he was just 32 years old seemed at least outside, to have it all. He was a professional goalie who played for Barcelona and the German National Team. There was however a deeper tale under the surface, which Ronald Reng explores, about his inner chaos.