As summer is steadily approaching many of you are probably planning your perfect holiday getaway – whether it be by poolside or by a vast beach. Either way, it goes without saying that every bookworm is going to need their personal collection of summer books to keep their minds fully occupied and their imagination active, and this is why Melissa Broder’s “The Pisces” would be the perfect page truing novel for you. It follows the story of Lucy who at one of her group therapy sessions get asked the deep question if you are truly looking for love. Though “The Pisces” is more than its interesting cover, the novel itself is written in a marvellous tone and shows all the different forms of sexual relationships and the effects they have on the main character, Lucy. 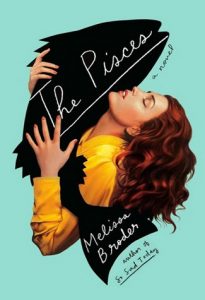 The novel starts off with Lucy breaking up with her long-term boyfriend, which has an obvious and noticeable effect on her. At first, she is bored and tired of being with him and his routines, however, as soon as they break up, Lucy begins to crave her ex like an addict craves a fix. After a while, Lucy’s sister unknowingly helps her by offering Lucy the opportunity to dog-sit at her luxurious Venice home while her sister and husband leave for the summer.

The majority of the novel is focused around Lucy’s time in California. Thanks to Broder’s keen eye for the uniqueness of Los Angeles and the wide array of people you can encounter as it gives the reader a closer experience of Lucy’s own thoughts, actions, and feelings. After some time has passed after a series of uninspiring dates and scathing thoughts about the women that go to group therapy with her, Lucy finally meets someone that stands out. A sweet surfer named Theo. Though there is one thing about Theo that makes their blossoming love affair more complex, and that is he is part fish.

Once Lucy falls into the pit of love or addiction, the reader a given a glimpse into her world as it goes through a process of crumbling before repairing itself slowly. Though at times, the internal battle that Lucy has can be extremely cringeworthy and cause second-hand embarrassment, it is still charming as there is probably someone you know that acts in a similar way. 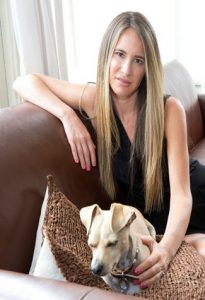 Broder’s tone throughout the novel is humorous and lighthearted, despite the situation Lucy is going through. The novel follows a theme that will allow the reader to imagine what Lucy must be thinking and going through in a deeper sense than reading it on the page. Though one interesting feature of the novel is that sometimes the author will focus so much on Lucy’s interpersonal thoughts that the focus is taken away from the background and the world and once it comes back, it feels as if so much has changed in such a short amount of time.

Although most of the novel is centred around Lucy’s string of love affairs and confusion, Broder users her connections to poetry and nonfiction to help deepen the reality of the novel, which in turn helps the reader have a more personal connection to what’s going on.