Death has told this story. A story occurred under Nazi Germany, an unforgettable period of human history. At that time Liesel Meminger was only nine years old. Her parents were taken to a concentration camp, her brother died on the way with her to her adoptive parents’ house. In Heaven Street, Mr. Hans Hubermann adopted me. She grew up in the love of Dad, Mother’s harshness, the terrible monk and the charm of the books.

Liesel is a book thief, “The guide of the grave digger” is the first book she can eat, it becomes a textbook and her teacher is her adoptive father. Every evening, under the cold tunnel, Dad read and read me every page of the book, circling the words that I didn’t understand. 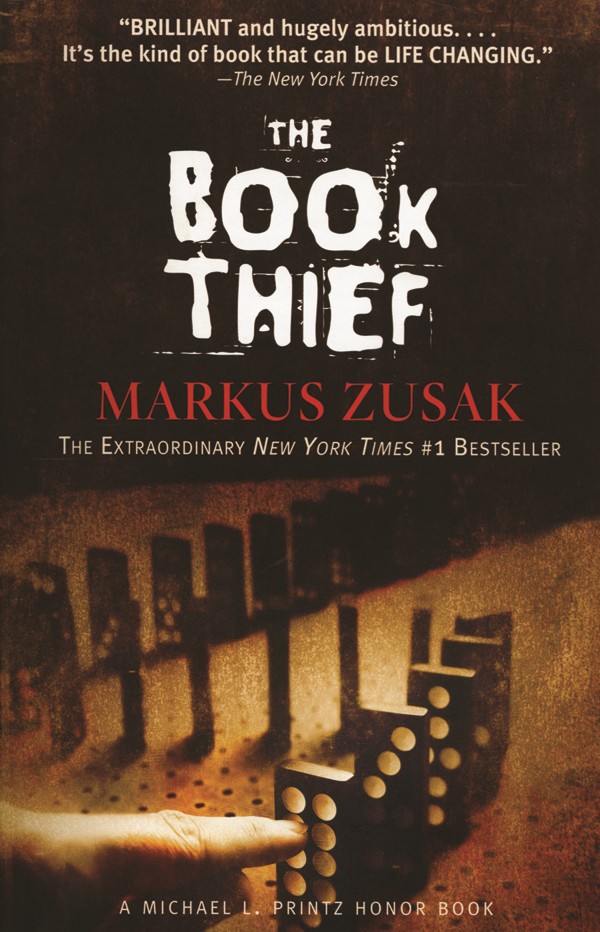 And so every day, Liesel and his father read books that she stole. There is a book I jerked up from the unburnt fire, there is a book I and my friends picked up from the river. Liesel’s life and friends in Heaven Street are days of struggle with hunger. They steal anything edible and steal books. It’s hard to imagine the feeling of a long-time “hungry book”, now standing in front of a book-filled room in the middle of the mayor’s house.

“Everywhere is a book! On each wall are shelves stuffed with books but very orderly. It is hard to see the wall paint. There are only letters in different styles and sizes on the nape of the books in black, red, gray, colorful books. It is one of the most beautiful scenes Liesel Meminger has ever seen. She smiles wonderfully. ”

Max has kept his body by practicing inhalation every day and keeping his spirits by writing books. The pages of the book were written on old books that were scanned with a layer of paint. The first thirteen-page work titled “The one who looks down.” And after Max left the Heavenly City of Liesel, his mother gave him the second Max for his small thoughts for Liesel. ”

She spent those difficult years with books and bombs. Many times Liesel read to all listeners in the shelter, read to Mrs. Holtzapfel twice a week in exchange for her coffee. The mayor’s wife played a very special role in the process of stealing her book.

“You were the first person who introduced it to the room, and opened it to the window, even literally, of the opportunity.” And she seemed to understand that she brought her in. here to see the part of your son again. “She saw a mother reading a book with her son on the floor, the boy pointing to pictures and words. Then he saw a war in the window. ”