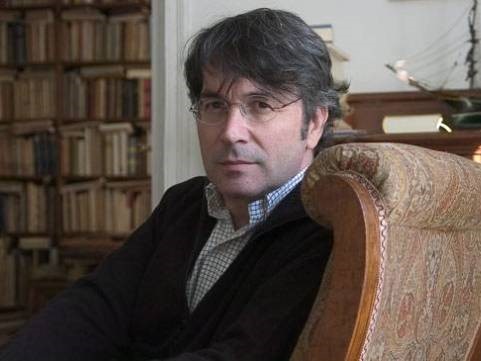 The novel is about Quixada, that’s a poor aristocrat, renamed Don Quixote dela Mancha. Don Quixote decided to become a wandering knight, traveling all over the world with the desire to save distress, establish order and justice, challenge himself by confronting the dangers…

To date, this novel has been translated into 145 languages. The Cervantes Institute considers it the second most translated book in the world, after the Bible. But even though the work was very popular, Andres Trapiello decided to rewrite it to serve contemporary readers. It took him nearly 14 years to research to complete the work.

According to Trapiello, the reason he rewrote Don Quixote is because readers cannot understand the work without reading the annotations. The new version he created has a lot of changes to make the story easier to understand.

Typically when starting to study nearly 1,000 pages of the original novel, Trapiello stumbled on an unfamiliar word “trompogelas”. “This is a completely incomprehensible word,” Trapiello told AFP News Book.

Trapiello also said that a lot of people had to abandon Cervantes’s novel because it was too confusing. It seems he was right, because contemporary readers prefer reading the new version of Don Quixote. As of July, Trapiello’s story has ranked ninth on the list of the number one best-selling book.

However, Spanish experts have criticized this new version. They thought that this was a fake product, ruining the much-loved original literary work. Trapiello’s book is not the only version to simplify Cervantes’ book, which critics Harold Bloom called “the first modern novel”.

David Felipe Arranz, lecturer at Carlos III University in Madrid, considers it a “crime in literature”. Readers prefer the new, lighter version. However, you cannot change the original sentence of Cervantes, the greatest Spanish writer.

Voltaire also experienced many ups and downs, but Don Quixote has been a best-selling work since its first publication in the 17th century up to now, in the languages ​​in which it is translated.