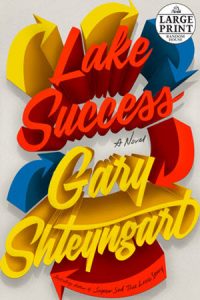 Lake Success, published by Random House and written by Gary Shteyngart is about a hedge fund guy in Manhattan who throws it all away to hit the road. The main character, Barry Cohen is married with a kid and has accumulated over $2 billion in assets. Cohen leaves it all behind to search for a past girlfriend but more so to leave behind demons that are chasing him. This is one that will not disappoint as it is perfect for a generation facing their 40’s.

2. The Imposter by Javier Cercas

The Imposter is based on a true story. It is published by Knopf and is based on the life of Enric Marco, a mechanic. Marco was a public face for Spanish Holocaust survivors and was the president of its survivors association. He won awards and merits of distinction for his work until his survivor story was found to be hoax. The book details how Cercas attempts to understand the fabricated lies and deceit Marco undertook and why. It discussed when it is acceptable to lie and who is better qualified to talk about the past, the survivor or the one that studies history.

3. The Splintering of the American Mind: Identity Politics, Inequality, and Community on Today’s College Campuses by William Egginton. 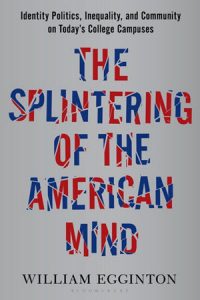 The splintering of the American Mind takes a look into how politics, identity and inequality has changed the mindset of American people. Egginton is a professor at Johns Hopkins University and argues that universities and colleges have becomes expensive clubs for the privileged elite versus ones available to the masses. It is one that will generate conversation, both off campus and on in how that exclusivity is changing the American mind.

4. Identity: The Demand for Dignity and the Politics of Resentment by Francis Fukuyama

Francis Fukuyama takes a sympathetic analysis of political identity. It is one that sees the author arguing that the sense of being is now dismissed and that material interests are the driving force for many in the world. He explores how other countries cultivate identities within their people based on democratic and liberal values in a fresh and crisp presentation. 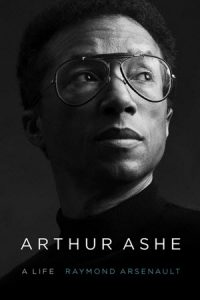 Arthur Ashe: A Life is published by Simon & Schuster, $37.50 and is the first major biographical book about the Arthur Ashe, one of America’s greatest tennis players. It was written by Raymond Arsenault, a civil rights historian and depicts how Ashe’s activism was an important part of his life, just as tennis was. The book offers a close look into his life and includes evidence that supports he was more than just a tennis player, but one who was extraordinary in his off-court work.